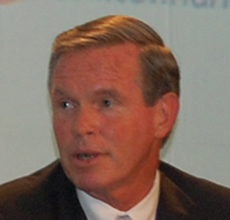 Meeting the Demand in a Dynamic Market

Customers continue to place their confidence and trust in ILS Proton;  we have secured 7 new orders already this year along with two new mission assignments. Our new business announcements this year include SES-6, Turksat 4a and 4b for MELCO, one mission that is yet to be announced and the first three launches of the new Inmarsat 5 GlobalXpress™ constellation for Inmarsat. ILS Proton assignments included the Astra 2F satellite for SES and EchoStar 16 for EchoStar.

With a sustainable backlog of over 20 missions for the past four years, currently at 25 missions, production rate of 12-14 systems per year, a dedicated team of professionals at ILS and Khrunichev,  ILS has been able to adapt to the dynamics of the market, and meet customer demands with unique versatility and value, unlike any other single launch system.

Following a record year in 2010 with eight commercial launches and four Russian Federal Proton missions, ILS planned and prepared for a similar year in 2011. However, satellite manufacturing delays and on-orbit satellite anomalies in the first half of the year caused significant back-ups in our launch manifest, creating a supply of Proton vehicles ready to launch pending the delivery of satellites. Coupled with the Russian Federal Express AM4 Proton launch failure on August 18, this has been a year of challenges for ILS.

How We are Meeting the Challenges

The Russian Inter-Agency Commission completed its review of the Russian Federal Express AM4 Proton launch failure that occurred on August 18, and concretely determined the cause of the accident. Based on the telemetry data obtained during the mission, it was concluded that all hardware systems of the launch vehicle and upper stage performed nominally. However, a mission specific flight software input error caused the spacecraft to be injected into an incorrect orbit. Following the conclusion of the ILS Failure Review Oversight Board (FROB) investigation conducted on September 8 and 9. The FROB concurred with the corrective actions for implementation to prevent any future errors. ILS provided a briefing of the FROB findings to the insurance community on September 12.

Immediately after the conclusion of the FROB and implementation of corrective actions, ILS worked towards establishing new dates to launch the QuetzSat-1 satellite for SES and the ViaSat-1 satellite for ViaSat. The return to flight mission for Proton will be a Russian Federal mission in mid September and QuetzSat-1 is scheduled for the end of the month, with ViaSat-1 following in mid-October. By the end of the year, Proton is scheduled to launch seven to eight missions, with four to five commercial missions and three Russian Federal Missions.

Our QuetzSat-1 launch team resumed operations, and the spacecraft was fueled on September 11. The ViaSat-1 spacecraft arrived in Baikonur on September 15 to begin processing for launch in October. We are able to flexibly accommodate the processing of two spacecrafts simultaneously with the new Second Spacecraft Processing Facility (SSPF) at the launch site. Proton can launch on 15-day centers, and with this new capability, commercial launch centers have been reduced from 5-6 to 3 weeks. Proton is the only commercial launch system in the world with such flexibility and robust capability.

The prediction that there will be a decline in satellite orders to 20 or less this year with an average of 20 per year for the next few years was confirmed on the Satellite Operators panel at the conference and there was expressed concerns about overcapacity in the launch services sector given the drop in demand. Later in the day on the Launch Providers panel, McKenna said that “we predicted the downturn several years ago and have prepared for it, the last two years there were 30 GTO satellite orders a year and this year there will be 20 or less.”

Warren Ferster presented the panel members with possibility of a “market shake-out”, given the emergence from bankruptcy for Sea Launch, the advent of SpaceX and the predicted drop in demand. McKenna noted that SpaceX has become a disruptive force that is changing the dynamics of the market with respect to the LEO and low- to medium-class GEO satellites. The “war is on” stated McKenna and “if you haven’t prepared for the upcoming market imbalance and dynamic, it is going to be a very rocky road.” McKenna described the dynamic as “the expensive launch systems will continue to lose market share and lose money, the low cost systems will gain share, financially fragile ventures will go into debt, lose money and exit and the strong will weather the storm.”

McKenna noted that ILS has launched and we are contracted to launch several satellites with hosted and shared government payloads. We launched Anik F1R in 2005 for Telesat, which has a Wide Area Augmentation System (WAAS) payload for the FAA.  Currently, ILS has under contract Intelsat 22 for Intelsat which has a UHF payload for Australian and US defense forces, Anik G1 for Telesat with an X-band payload for Paradigm, Sirius 5 for SES with a European Geostationary Navigation Overlay Service (EGNOS) application for ESA, one of the Turksat missions, as well as Yahsat 1B, which will have a dual use payload for UAE Air Force.
A Commitment to Quality

All of the panelists using Russian systems or components (Arianespace with Soyuz from Kourou, ILS with Proton, Sea Launch with Zenit and Atlas with the RD-180 engines) expressed their confidence that the Russian Space industry is on solid ground and there are not systemic quality issues as speculated in the media. Even SpaceX was confident in the Soyuz return to Space Station as a NASA requirement before Falcon 9/Dragon attempts its first mission to the Space Station.

McKenna noted that Russia launches the majority of the world’s satellites (81 since the beginning of 2009, compared to 44 for the U.S. and 17 for Europe) and that Proton alone launched 31 times over the last three years; 21 were ILS Proton launches and all of those missions were successful.

Back in 2008, the vertical integration of Proton suppliers under Khrunichev prompted efforts to consolidate and enhance both the ILS and Khrunichev Quality Management Systems. This resulted in 46 different Quality Initiatives relating to quality, design and production that all have been fully funded and implemented.

We have a standing commitment to quality and performance on all of our missions, and McKenna expressed his gratitude for all of the ILS customers’ support, as well as the teams of ILS and Khrunichev, as ILS Proton serves the commercial launch market for many years to come.