Fueling for the Spektr-RG Spacecraft has Begun 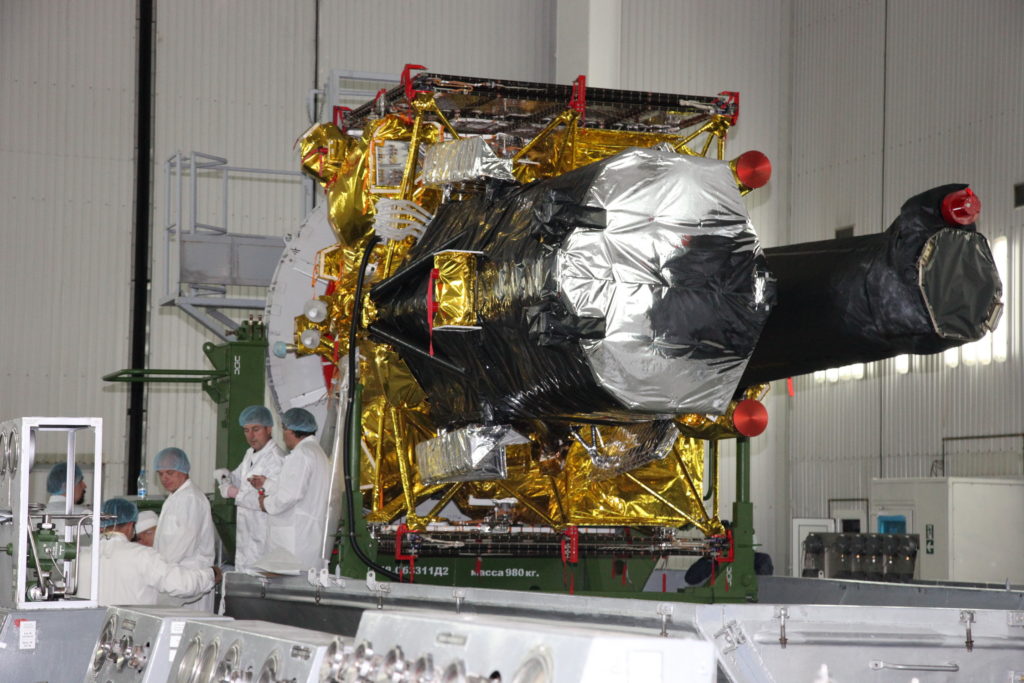 Specialists of Roscosmos at the Baikonur Cosmodrome have begun operations to fuel the Spektr-RG spacecraft with fuel components. Fueling will last for several days. After fueling, the spacecraft will be prepared for integration with the Proton launch vehicle.

The launch is scheduled for June 21, 2019. Spectrum-RG is a project aimed at creating an orbital astrophysical observatory designed to study the universe in the X-ray wavelength range.

The primary instrument of the mission is eROSITA, built by the Max Planck Institute for Extraterrestrial Physics (MPE) in Germany. It is designed to be used to conduct a 4-year X-ray survey, the first in a medium X-ray band up to 10 keV energies. This survey should detect many new clusters of galaxies and active galactic nuclei. The second instrument, ART-XC, is a Russian high-energy X-ray telescope. This instrument and spacecraft are being built under the leadership of the Russian Space Research Institute (IKI).