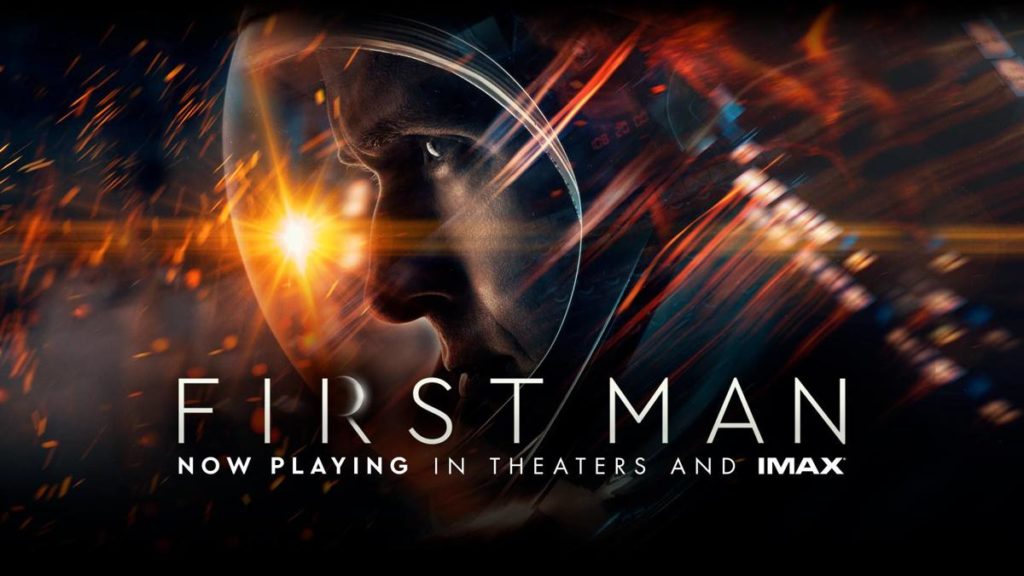 The Hunter’s Moon was a beautiful sight on a cool Wednesday night in Northern Virginia. Seeing the bright, full moon made ILS employees think about the film “First Man”, the compelling story of NASA’s mission to land a man on the moon, focusing on Neil Armstrong and the years 1961-1969. Several employees saw the film recently and we asked a couple of them to share their thoughts about the movie.

“There are a few moments in history that you always remember where you were,” said Judy Opp, ILS Program Administrator. “Watching ‘First Man’ brought back memories of me watching the landing, moon walk and hearing the words ‘One small step for a man, one giant leap for mankind’ for the first time.”

At that time Opp was part of an international summer school program studying in Geneva, Switzerland, along with more than a thousand students. Students gathered early morning in a large room for the viewing, a room similar to a huge hotel ballroom.

“It was amazing. There was silence as he took that first step,” said Opp as they watched the broadcast intensely from a big screen.

“When he put the flag down, there was a roar.”

It was an incredible experience for Opp to see how the thousands of students reacted. She recalled that the program had students from around 10 to 18 different nations. The sight of Armstrong planting the American flag on the moon was a tremendous accomplishment not only for Americans, but for the entire world.

“At that time we were all one,” said Opp, who acts as an ILS customer service ambassador, organizing celebratory dinners, team outings, and other special events during a launch campaign.

“If someone had told me in 1969 that one day I would be working for a company launching rockets and at the site of Yuri Gagarin’s first flight, I would not have believed them,” said Opp, who has worked on more than 20 launch campaigns for ILS.

Mathew Harris, ILS Systems Administrator, also enjoyed “First Man”. “Overall, the movie was well thought out and is worth watching again,” said Harris, who was an infant during the moon landing.

An ILS employee since October 2006 although he has been supporting the company since July 2001, Harris appreciated that the film highlighted the numerous complexities that the space industry face on a daily basis. “As they said in the movie ‘A whole lotta things gotta go right!’”

“I loved the internal struggles each character brought to the screen. Not only was there the different personalities and objectives, but also how each character dealt with the stresses of such an undertaking.”

What did he think of Ryan Gosling’s performance as Armstrong?

“I thought that Neil Armstrong’s portrayal, while it seemed wooden by today’s standards, properly balanced the interplay of characteristics of a great engineering with the machismo of the test pilot, combined with the societal norms of the day. Men were expected to hide their feelings, and to bury themselves at the office,” he said.

“First Man” has its share of intense, heartbreaking moments with extremely realistic cockpit and on the moon depictions.

Have you seen “First Man”? Feel free to share your thoughts about the movie.