ILS announced March 11 that Tiphaine Louradour is the company’s new president, effective immediately. ILS had been without a full-time president since the departure of Kirk Pysher last October.

In an interview during the Satellite 2020 conference here, Louradour said she was excited about taking the reins of a company that has struggled in recent years to win business for the Proton rocket. ILS’s last Proton launch was in October 2019, which was the first commercial flight of that rocket since 2017.

“There’s definitely an opportunity for Proton with its heritage,” she said. Khrunichev, the manufacturer of the Proton, is continuing to work on a five-meter payload fairing for the Proton that ILS believes will make the vehicle more competitive for both large geostationary orbit satellites and low Earth orbit satellite constellations. That fairing should be available for launches starting in late 2022.

Satellite manufacturers, during a panel at the conference March 10, said they were cautiously optimistic the market for GEO communications satellites was rebounding in recent years, although not increasing to historical averages of 20 to 25 satellites per year. Any increase, though, would be welcome by ILS. 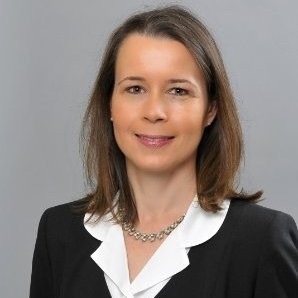 Tiphaine Louradour was named the new president of ILS March 11.

“I do think there’s a positive trend in the market,” Louradour said. “We are seeing that trend continue, and hopefully it will increase at a greater speed.”

ILS, though, is diversifying beyond the Proton. The company also announced March 11 it has received U.S. State Department approval to market the Soyuz rocket. That work will be done in conjunction with GK Launch Services, the Russian company currently marketing the Soyuz rocket commercially, although Louradour said the details about how the two companies will work together were still being finalized.

That agreement could also extend to Soyuz spacecraft, in cooperation with Russian company Glavkosmos. “There seems to more and more interest from people wanting to go to space,” she said. “Soyuz has a very long and successful history of doing that.”

Specifics about that opportunity, including whether it will involve selling extra seats on regular Soyuz flight to the International Space Station — which Space Adventures did for much of the 2000s — or dedicated flights with two tourists and one professional cosmonaut on board, have yet to be worked out, the company said.

Louradour comes to ILS from ULA, where she worked for 13 years, most recently as head of global commercial sales for the launch company. She said her experience helping build up ULA’s commercial business, at a time when the company was exclusively focused on the U.S. government, will help at ILS.

“I had the opportunity to develop that team, build it from the ground up,” she said of ULA’s commercial sales. “There are some parallels. The challenges are different and the elements that compose that challenge are different. But I think we have a good path forward.”

“It’s a challenge,” she added, “but I think it’s a good one that we’re going to be successful at.”