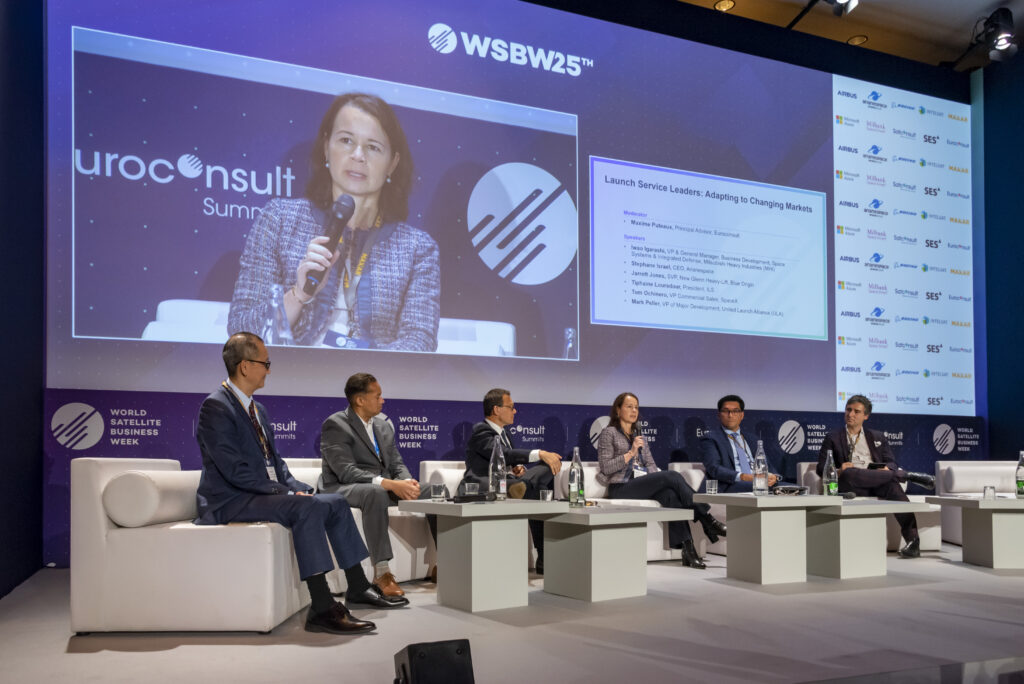 Continued global cooperation in space was the central message of ILS President Tiphaine Louradour’s comments as a panelist at the Euroconsult World Satellite Business Week (WSBW) 2022 Conference.  Speaking at the session titled, Launch Service Leaders: Adapting to Changing Markets, Ms. Louradour discussed the challenges ILS has faced over the past 12 months.

The conference took place at the Westin Paris Vendôme in Paris, France the week of September 12 – 16, 2022 and marked its 25th Anniversary.  The panel consisted of Ms. Louradour and five other launch service industry leaders.

Recent geopolitical events have impacted companies across the globe and across all industries.  ILS’ unique challenge of conducting business in the midst of current sanctions against Russia has triggered speculation that Ms. Louradour addressed during the panel.

“As a launch service provider our business is really centered around our customers.  I made it a point to be here today for our customers, particularly our existing customers, as we navigate together through these uncharted and very difficult times,” Ms. Louradour said.

She also noted  ILS’ role beyond that of a launch service provider.  She stressed the importance of the joint venture between a U.S. and a Russian entity when it was formed nearly 30 years ago and since then as a tool for peaceful international cooperation, adding that ILS should continue its existence as it “still has merit and purpose.”

When Louradour ended her introductory speech the audience broke into applause – an unusual response to a panelist’s opening comments, but perhaps a sign of the audience’s  genuine appreciation for her heartfelt sentiments. When asked her thoughts on which particular points from her comments drew such a response from the audience, Louradour replied, “I believe many in the audience shared my belief of the importance of peaceful international cooperation in space as a key element to space activities benefiting all of humankind.”