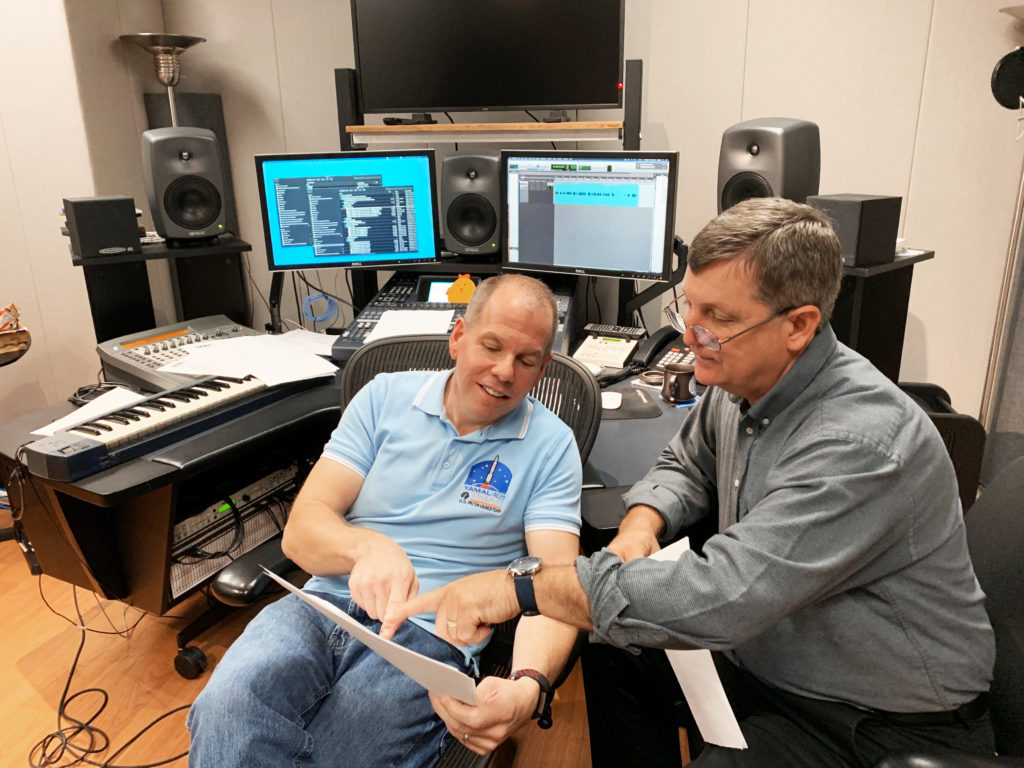 ILS was at the production studios of Interface Media Group (IMG) in Washington D.C. to work on the launch broadcast for the EUTELSAT 5 West B / Mission Extension Vehicle-1 mission.

John Palmé, ILS COO & Vice President for Programs and Operations, provided voiceovers for videos that will be aired during the broadcast. ILS’s Thomas McDonald, who has been assisting with the production of the broadcast, was also at the studio.

IMG was founded in 1977 and has produced and broadcasted more than 40 of ILS’s launches:

IMG’s award-winning work can be seen in documentary and entertainment programs that have aired on CNN, ESPN, HBO, PBS, the Discovery Networks, TLC, and the National Geographic Channel.

For more information on IMG, visit their website at https://www.interfacemedia.com/