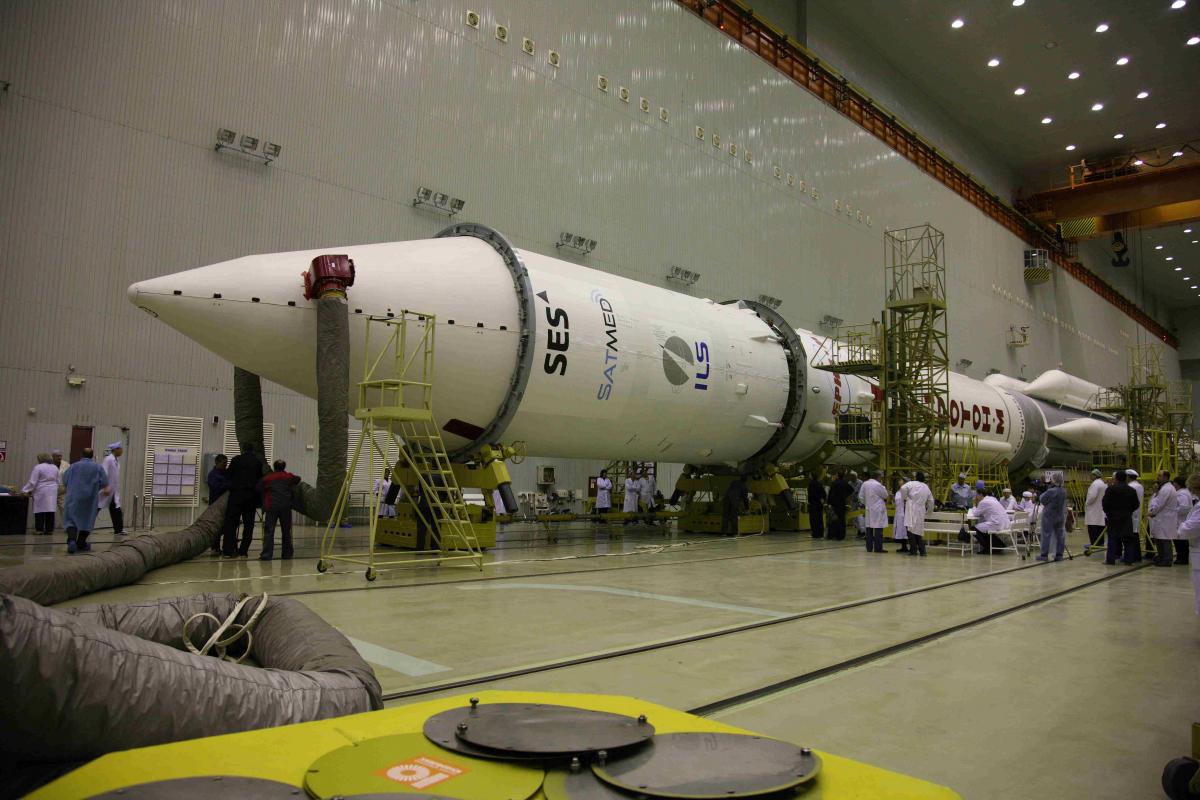 Since late last week, the Khrunichev, ILS, SES and Airbus teams have been in the process of assembling the Ascent Unit (AU) including the mating of the Astra-2G spacecraft with the Breeze M upper stage (US) at the 92-А50 Integration & Testing Facility (ITF). On Monday, the final operations with the AU were carried out including electrical checkouts of the SC+US stack and installation of the payload fairing halves. In accordance with the schedule, the AU was transferred to the assembly hall and was mated with the Proton M launch vehicle.

Astra 2G, a telecommunications satellite, was manufactured by Airbus Defence and Space (a division of Airbus Group) for satellite communications operator, SES (Luxembourg).  The launch of Astra-2G is scheduled for late November and will be the 400th Proton mission since its maiden flight in 1965.