Khrunichev Space Center: Preparing for the fourth launch of Proton-M in 2019 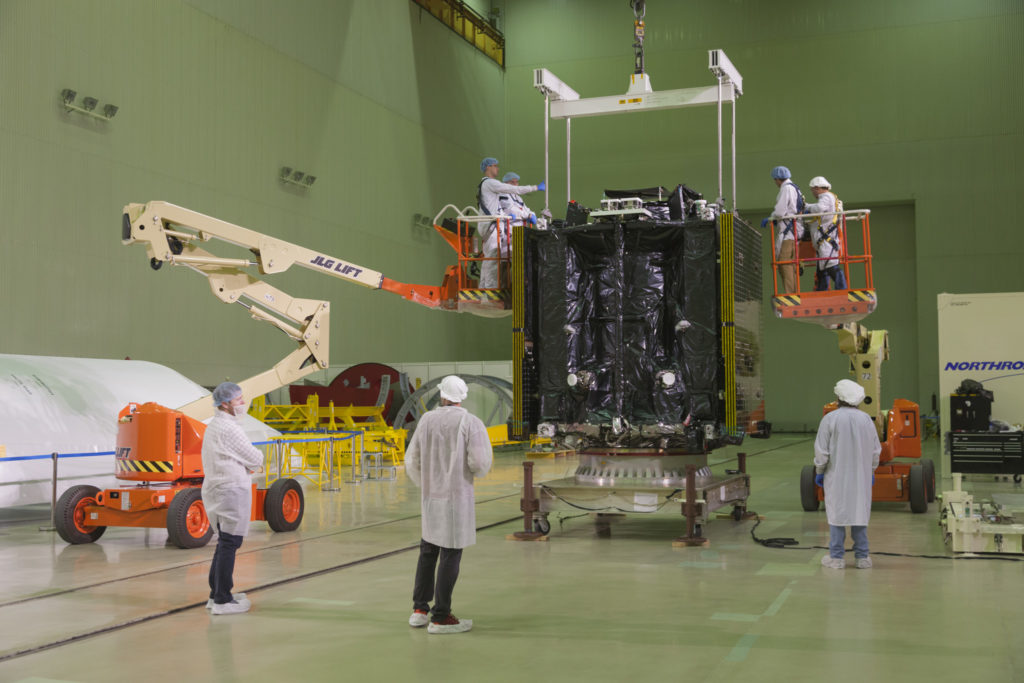 SEPTEMBER 5, 2019: The following is a press release from Khrunichev Space Center — Planned preparations for the launch of the EUTELSAT 5 West B and Mission Extension Vechicle-1 spacecraft with the help of the Proton-M heavy carrier rocket are taking place at the Baikonur Cosmodrome. The satellite launch contract was signed by International Launch Services, Inc. (ILS) and global satellite communications operator Eutelsat SA.

In accordance with the launch campaign schedule, foreign and Russian specialists continue to conduct autonomous tests of the components of the space head of the Proton-M launch vehicle.

Today, engineers at Northrop Grumman Innovation Systems (manufacturer of satellites) in conjunction with the staff of GKNPTs im. M.V. Khrunichev performed a series of joint electrical inspections of the transition system to conduct trial tests.

The adapter adapter system developed and manufactured at the Khrunichev Center will ensure the docking of spacecraft with the Breeze-M booster block during launch.

On September 6, a series of pilot tests for compatibility of the interfaces of the transition system and the EUTELSAT 5 West B and Mission Extension Vechicle-1 satellites are scheduled.

The launch of the Proton vehicle with the Breeze-M booster block and the EUTELSAT 5 West B and Mission Extension Vechicle-1 spacecraft is planned for late September this year.

In 2016, ILS signed a contract with Eutelsat SA to launch two spacecraft into orbit using the Proton-M launch vehicle as part of a strategic package agreement signed with the satellite operator in 2015.

JSC GKNPTs im. M.V. Khrunicheva “(part of the structure of the State Corporation “Roscosmos”) is the main shareholder of ILS, which has the exclusive right to marketing and commercial operation of Proton launch vehicles.

The first commercial launch of the Proton rocket took place on April 9, 1996. Over the years of commercial operation, the Proton rocket has gone through several stages of modernization and has been adapted to launch spacecraft of almost all types according to various launch schemes.