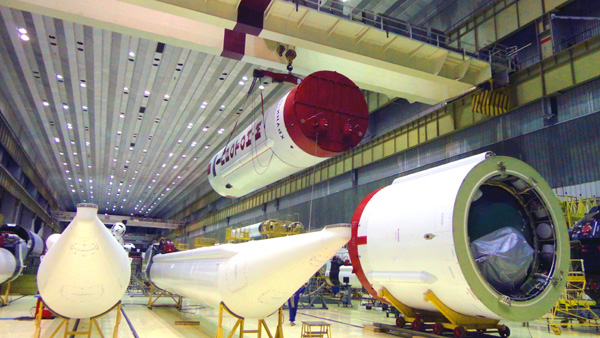 The following press release is from Roscosmos: A Proton M launch vehicle was sent from Khrunichev Space Center in Moscow to the Baikonur Cosmodrome in Kazakhstan via train on February 26.

The Proton, along with a DM-03 upper stage created at RSC Energia, will be used to launch the Russian Spektr-RG spacecraft. All activities related to sending the Proton to Baikonur passed normally.

The Space-Roentgen-Gamma Space Observatory is an international Russian-German project aimed at creating an orbital astrophysical observatory designed to study the Universe in the X-ray wavelength range.

Spektr-RG, built at NPO Lavochkin, includes two telescopes: eROSITA, created by the Institute for Extraterrestrial Physics of the Max Planck Society (Germany), and ART-XC (Russia), developed by the Space Research Institute of the Russian Academy of Sciences.