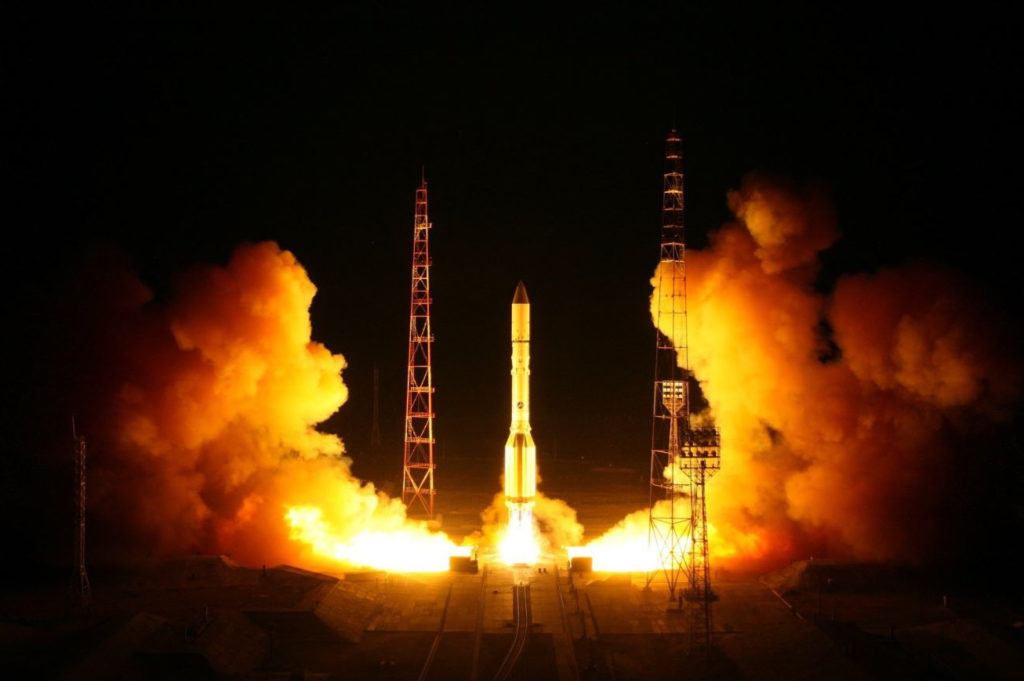 The following is from TASS News Agency: The Russian Defense Ministry’s satellite, which was launched from the Baikonur spaceport on Tuesday, has been successfully delivered into orbit, the ministry told reporters.

“The heavy lift Proton-M carrier rocket, which was launched from the Baikonur space center at 00:56 Moscow Time today, August 6, successfully delivered the Defense Ministry’s spacecraft into the designated orbit as scheduled,” the ministry said.

The Defense Ministry reported that stable telemetry communication has been established with the spacecraft. The systems of the spacecraft, which has been given the designation of Kosmos-2539, are operating as normal.

In February, first deputy commander of the Russian Aerospace Defense Forces, Igor Morozov said that the last launch of the Russian Defense Ministry’s spacecraft from the Baikonur space center would be carried out in 2019. After that, military satellites will lift off from the Plesetsk spaceport, in northern Russia, he added.