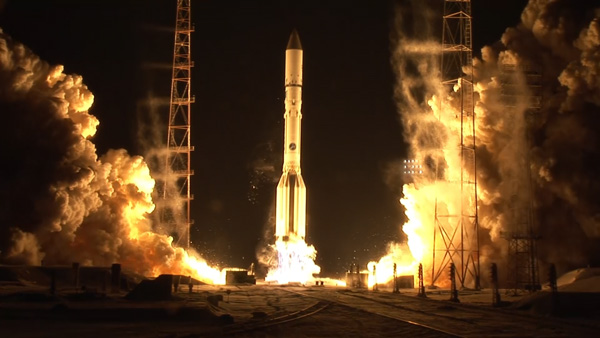 “The heavy-lift Proton M launch vehicle lifted off today, 21 December, at 03:20 am Moscow time from the Baikonur Cosmodrome in Kazakhstan. It successfully inserted a Russian military spacecraft into a target orbit at an expected time,” stated the Russian Ministry of Defense.

With three and a half years of consecutive successes for the Proton launch vehicle, Khrunichev quality improvements are showing results. This is the second and last Proton mission in 2018. ILS is looking forward to 2019, which is expected to be a busy year for Proton.

It was also noted that the Proton M vehicle lift-off and flight had proceeded nominally. Upon completion of the mission, the spacecraft was taken under control by the ground facilities of the Russian Space Force.

Following separation the spacecraft name was assigned as Cosmos 2533.