The SES-3 (OS-2) launch campaign team arrived in Baikonur on Sunday, June 5.  As they stepped off the charter aircraft at the Yubeleiny Airfield at the Baikonur Cosmodrome, they were greeted with high, dry heat and gusty winds – true desert weather.  No one could complain though, as the weather in Virginia was even hotter and humid to boot!

Air-conditioned offices awaited the team on Monday morning, as everyone arrived to begin the complex integration of the SES-3 (OS-2) spacecraft, the KazSat-2 spacecraft, and the ILS Proton launch vehicle – it is the first shared launch for ILS.  Meetings and facility set-up were quickly organized and preparations to coordinate the offload of the SES-3 (OS-2) spacecraft were completed.  Khrunichev is ready to receive SES-3 (OS-2) on June 10, at which time the spacecraft will be transferred from the Antonov to a Khrunichev facility via rail car for the start of stand-alone operations. 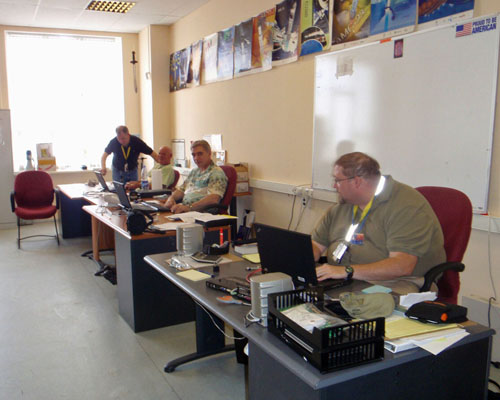 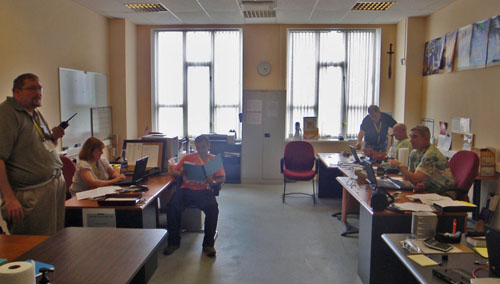