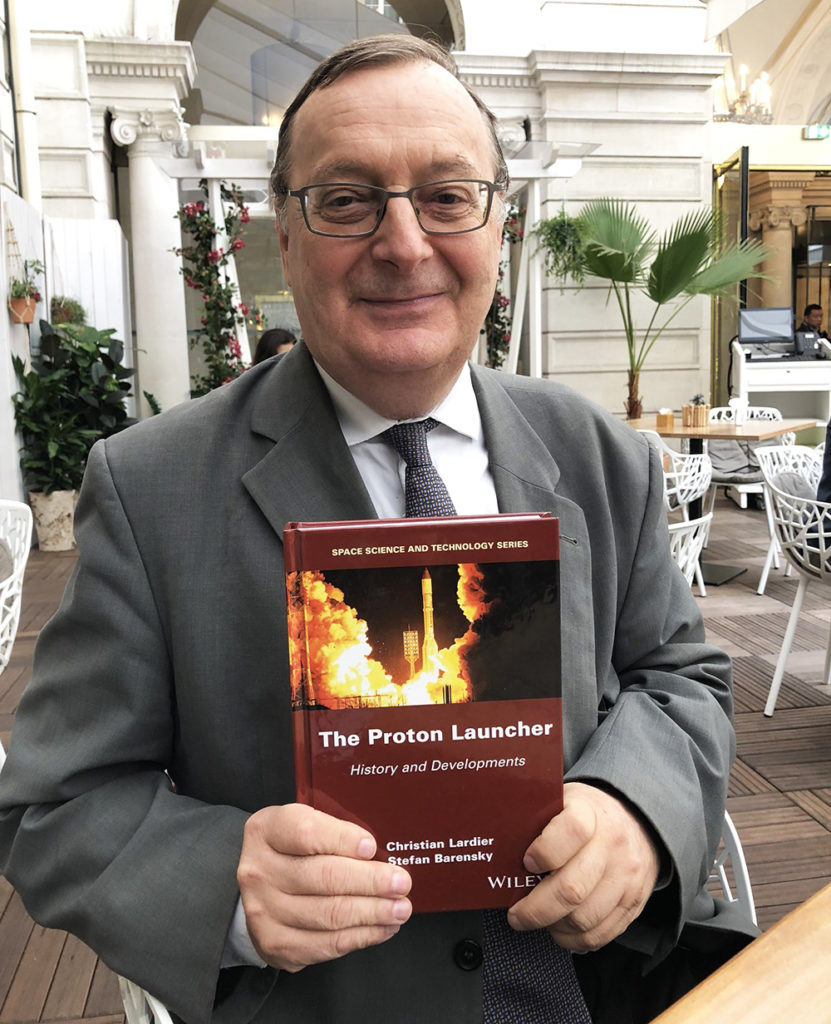 ILS was in Paris, France, for World Satellite Business week from September 10-14. It was a tremendous experience as ILS participated in meetings, panel receptions and hosted an incredible reception. One of the many highlights was meeting Christian Lardier, who along with Stefan Barensky, authored a book titled The Proton Launcher: History and Developments. From the authors:

Finally, the last book of the trilogy will deal with the many developments of Yangel. In the three books, the first part deals with the history of rockets in the USSR / Russia (East) and the second part on the history of their commercialization in the West.

The Proton Launcher was published in February 2018 by Wiley-ISTE. This book is a must for all fans of the Proton rocket! You can purchase the book online through Wiley by clicking here.