Victory Day in Baikonur during the Telstar 14R Launch Campaign!

Well, joint operations continue without incident.  The spacecraft is mounted to the Breeze M, encapsulation is complete, and the electrical teams are performing their joint checkouts.  But it is May 9, and this is one of the most memorialized days in Russian History.  It is Victory Day, the day that marks the end of World War II.  And just as Memorial Day is in America, this is a day of celebrating the veterans of the war, and in particular, the many who were lost.  And what an honor to be a part of this day with our Russian friends and colleagues.

For those who don’t know, at the entrance to Area 95 in Baikonur is The World War II Monument, depicting a soldier pointing to the west, the direction of the major Russian allies during the war.  In the late afternoon, nearly the entire campaign team gathered for a walk  (a parade) from the Fili hotel down to the Monument.  It is customary to lay flowers at the monument as a memorial.  And this parade was no different.  Led by the Director of Operations in Baikonur, we walked to the monument to lay down our floral offerings.  Many people made this same trip over the course of the day, as people were coming and going over the entire afternoon.  It was quite an emotional event for many of the parade goers.

After many shouts of “sprahzneecoom” (victory congratulations), we were back to the Fili hotel for a Victory Day celebration at the pavilion.  And once again, short of having a swimming pool and fireworks, it was as if we were back home.  The grill was hot for hours and everyone enjoyed the event. 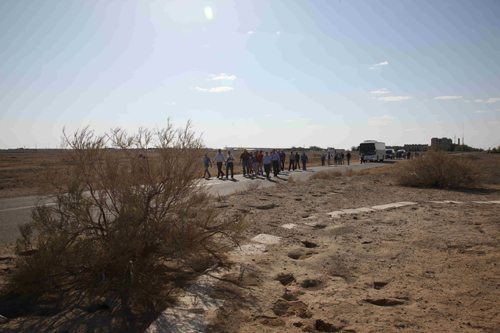 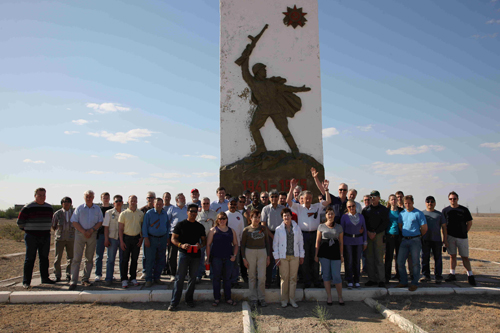 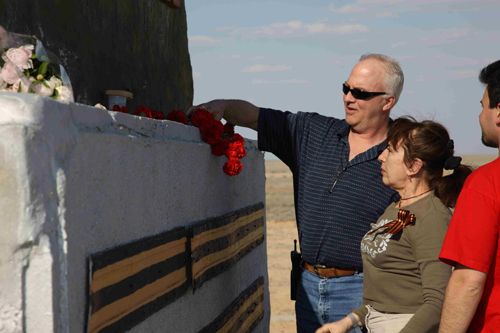 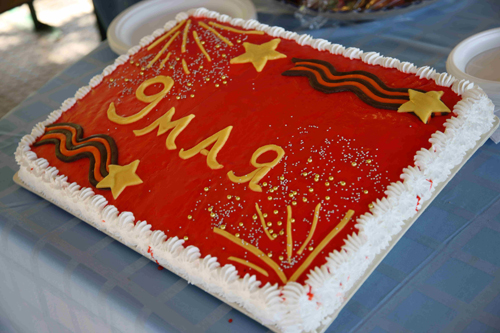