22 March 2012 marked the arrival of the Yahsat 1B (Y1B) spacecraft.  The Antonov not only brought the spacecraft, but also brought the nice weather.  The bus to the airfield pulled in right as the Antonov landed, creating a sense of excitement and angst among everyone.  On this crucial day in launch campaign operations, the Y1B spacecraft was successfully offloaded from the Antonov and placed onto the railcar for the 6-hour ride to 92A-50.  A great photo of part of the Yahsat team was captured, as well as one of Team Prytula! 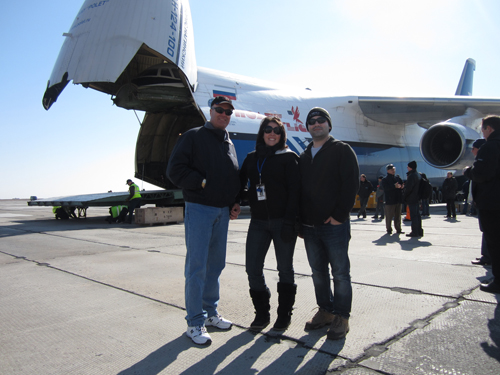 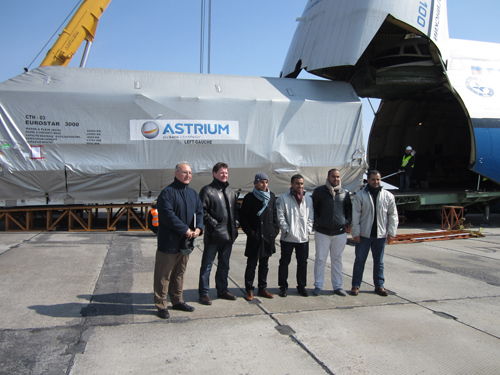