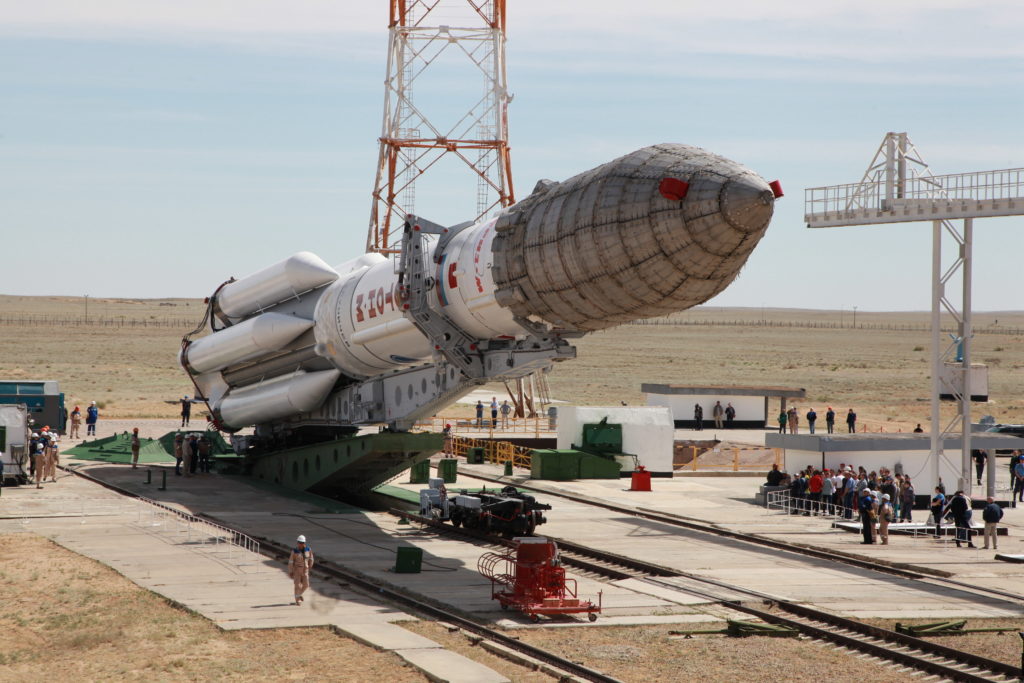 The Proton launch vehicle and the Yamal-601 communications satellite were taken to the Baikonur Cosmodrome launch pad on Monday, May 27, 2019.

Yamal-601, manufactured by Thales Alenia Space, is scheduled to launch on May 30.

Yamal-601 is part of the Federal Targeted Program for the Development of Television and Radio Broadcasting in the Russian Federation. Yamal-601 will become the most powerful communication satellite capacity in the Russian orbital constellation.

The new satellite will replace Yamal-202 at 49 degrees east longitude in orbit and will provide fixed-line communications and data transmission services in the C-band in a large part of Russia, as well as in the CIS, Europe, Middle East and South-Eastern Asia. In addition, the satellite will provide users in the territory of Russia with communication services and high-speed Internet access in the Ka-band. 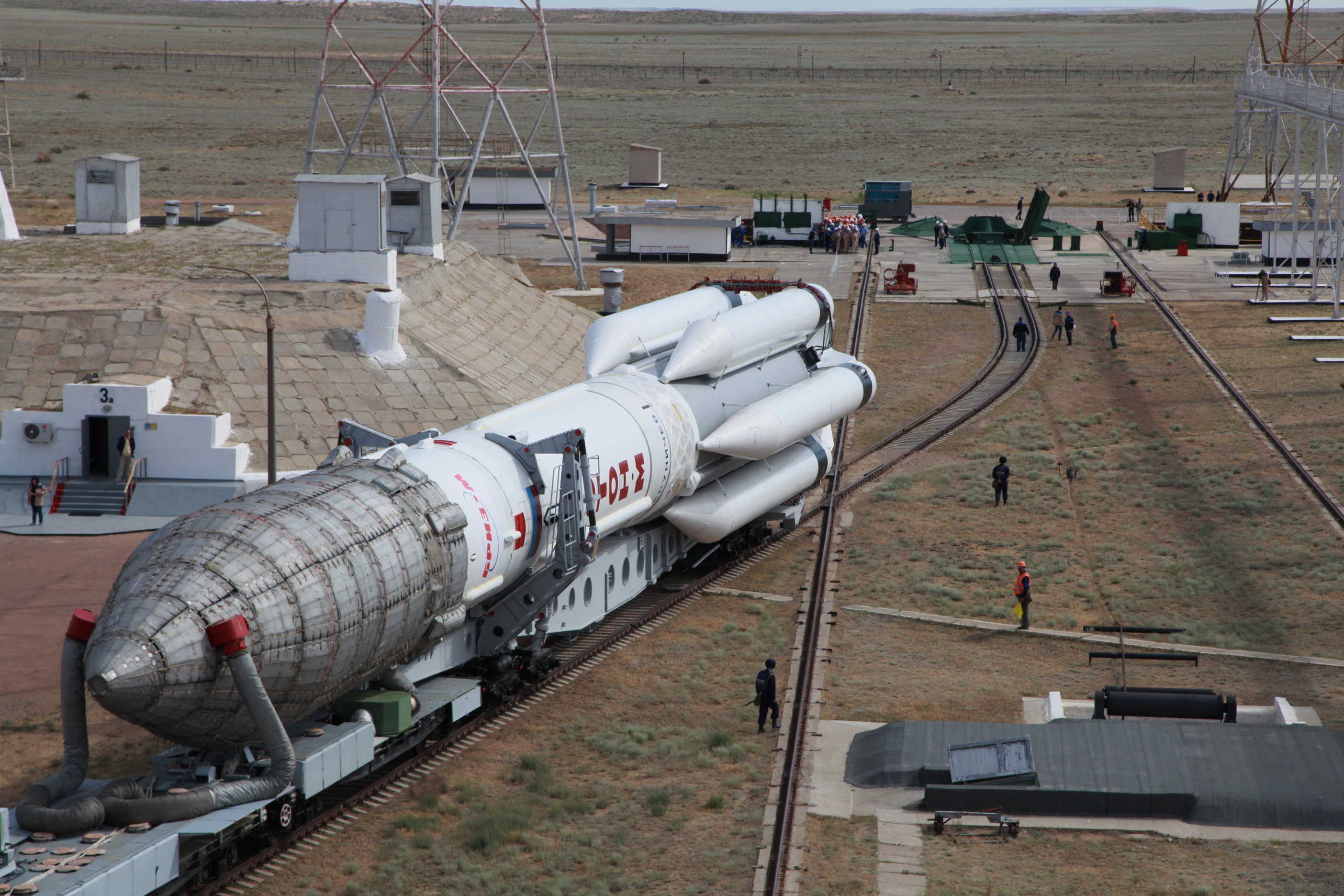