The Space Symposium has brought together space leaders from around the world to discuss, address and plan for the future of space since the inaugural event in 1984. With 11,000 participants, The Space Symposium has become widely known as the premier U.S. space policy and program hosting representatives from global commercial, government, civil and military programs.

ILS President Kirk Pysher was a speaker during the “Mega Launch Session” on Thursday, April 14, alongside other launch providers, including both new and long-time entrants, to speak about company activities and innovation.

The following is a summary of ILS’ participation.

Manifest and Upcoming Plans
ILS’ first ILS Proton launch of the year was the Eutelsat 9B satellite on January 30, 2016.  Following that launch was a Proton mission for ESA; ExoMars, on March 14, with precise delivery to orbit of the spacecraft, on its journey to the Red Planet. This year, we plan 3 additional commercial missions with 4 Federal Proton missions this year.

The 20-year anniversary of our first commercial Proton launch was last Saturday with the Astra 1F satellite for SES. We’ve had 91 commercial missions since that time and have been honored to enable some of the most innovative, life-changing and even life-saving communications systems in the world for commercial, civil and government programs.

Our plans are to launch up to 6 commercial missions each year. We look forward to continuing to serve the industry as we approach our 100th ILS Proton mission in the near term.

New Business: Customers Want Proton as a Main Supplier
ILS secured commitments for double digit launches in 2015, including two multi-launch agreements with Intelsat and Eutelsat, and we and announced another new order last month for Inmarsat following our successful deployment of the Global Xpress Fleet.  Our customers have made a clear statement that they want Proton in the market and require launch diversity for better access to space.

Winning new business is of course, paramount, but our ultimate goal is to ensure reliable operation of the Proton launch vehicle for the long term and deliver on customer commitments.

Angara 1.2 Update
As far as new technologies offered by ILS, we are bringing the Angara 1.2 small launch vehicle to the commercial market for launches beginning in 2019. Angara 1.2 can launch up to 3 metric tons to LEO at an extremely attractive price point compared to the competition.

While there may be a potentially large array of launchers—some established and some new entrants over the next several years in the small class market—they are primarily lower performance vehicles.  The Angara 1.2 vehicle will be available to support a commercial launch from the Plesetsk Cosmodrome, located in Northern Russia. Following that initial launch opportunity, we are planning for up to two commercial Angara 1.2 missions per year starting in 2020.

The Reusability Question and Commoditization
The challenge on creating reusable rockets is not necessarily in developing and demonstrating the technology, it is figuring out how to make it a practical application that maintains reliability and provides significant cost savings.

Refurbishment requirements and the associated cost are at the heart of this issue.  How much do you do to get all involved parties comfortable? Arguments have been made about airplanes not undergoing refurbishment after every flight, which is true.  But airplanes also have the capability to perform emergency landings in the event of an issue in flight.  Rockets get no second chance once the engines are ignited and vehicle is off the pad.  For the commercial GTO market which has been and is expected to be around 20-25 spacecraft per year split among 3 launch service providers, it is hard to develop a case for the commoditization of the launch vehicle at those rates.

We believe that the payloads will also need to be based on a commoditized approach in order to obtain maximum benefit from a commoditized launch vehicle.  This is probably most suited for the LEO constellations and smallsat markets.  It is our belief that it would be the most beneficial for our customers to build a cost effective launch vehicle that provides all of the performance capability to minimize the spacecraft cost, time to orbit and revenue generation while maximizing their lifetime.

We have been investing on increasing the performance capability of the Proton M over the past 10 years to address the demand of the commercial marketplace for bigger and heavier satellites at a competitive price. We now have the capability to essentially roll back to prior configurations that will provide the necessary performance for these lighter satellites while taking advantage of the cost effectiveness from the technology introduced to improve the vehicle performance over the past 10 years.

In short, it will provide the commercial market for the small and medium class spacecraft with a heritage, flight proven system at a very attractive price.   We should be announcing progress along these lines in the next couple of months. 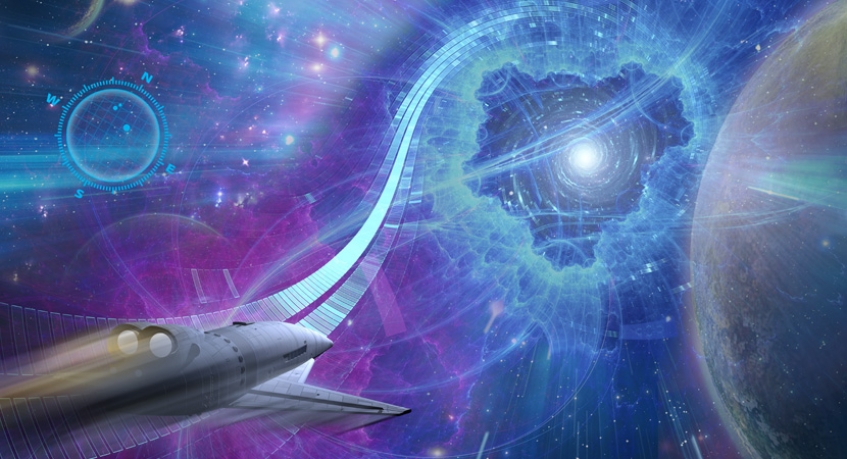