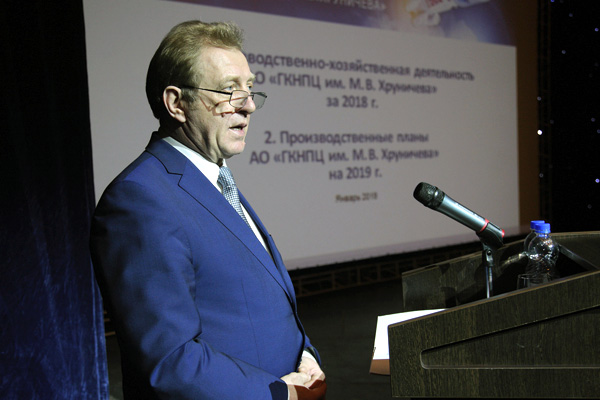 Khrunichev Space Center announced today that the heavy-lift Angara-A5 rocket is scheduled to launch this year in December. In addition, Khrunichev stated that there will be a total of six Proton launches in 2019. The ILS team is in Moscow this week for meetings with Eutelsat to discuss the Eutelsat 5 West B (E5WB) launch, in a dual-stack configuration along with the Northrop Grumman Mission Extension Vehicle-1 (MEV-1). The launch is scheduled to take place at the Baikonur Cosmodrome in 2019.

“Thanks to the support we received from Roscosmos State Corporation, Khrunichev Center is gradually reaching its scheduled capacity load at both the Moscow and Omsk production facilities. We expect that there will be an increase of heavy-lift vehicle launches in 2019,” Khrunichev Director General Alexei Varochko said last year.