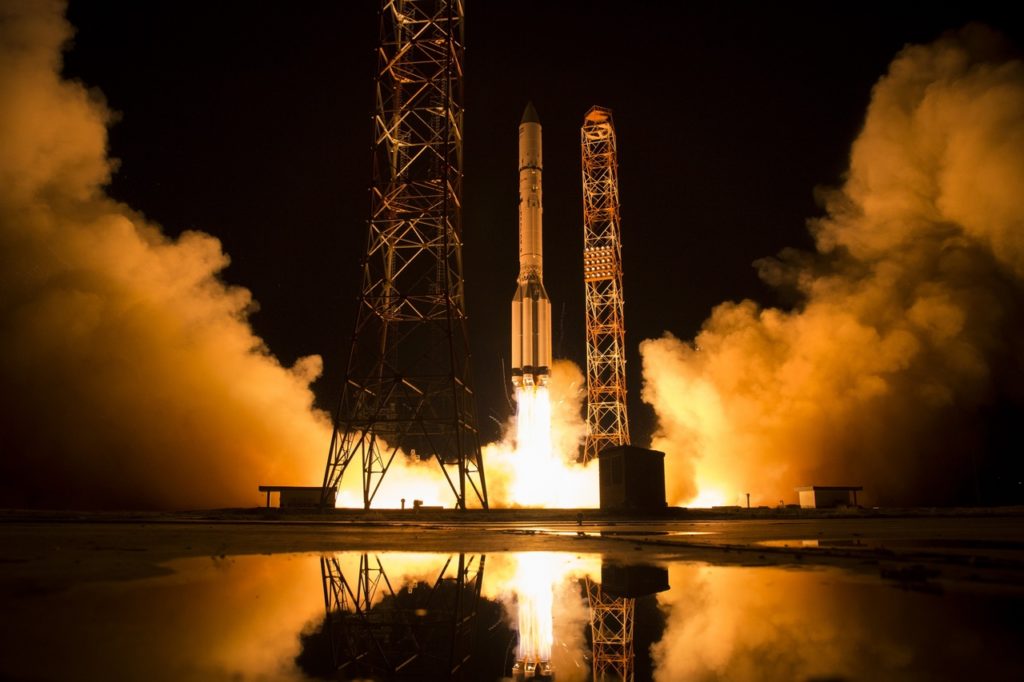 MOSCOW, May 31, 2019 – Following is a joint press release from Roscosmos/Khrunichev Space Center: The Proton M / Breeze M integrated launch vehicle was launched from the Baikonur Cosmodrome on May 30 at 8:42 pm (Moscow time) and successfully injected the Yamal-601 telecommunication satellite into orbit for the Russian satellite operator JSC Gazprom Space Systems.

The customer has taken control of the new satellite. The Yamal-601 project is part of the Targeted Federal Program for the Development of Television and Radio Broadcasting in the Russian Federation. Yamal-601 is now the most powerful communication satellite in the Russian satellite constellation.

Liftoff and flight of the launch vehicle and upper stage were completed with no issues. The spacecraft separated from the upper stage today, May 31, at the designated time – approximately 9 hours after liftoff. The launch mass of the spacecraft that was manufactured by the French division of Thales Alenia Space (TASF), was over five tons.

Yamal-601 will replace the Yamal-202 satellite in orbit at 49 degrees East and provide C-band fixed-line communication and data services for a large part of Russia, as well as the CIS, Europe, the Middle East and Southeast Asia. In addition, Yamal-601 will provide users in Russia with Ka-band communication services and high-speed Internet access.

“The launch of the Yamal-601 satellite exemplifies yet another constructive result of our cooperation with Gazprom Space Systems. We are prepared to launch additional spacecraft using Proton and Angara rockets to expand satellite communication in Russia. We plan on launching at least five more Proton rockets with Federal and Commercial payloads this year,” said Aleksei Varochko, Director General of the Khrunichev Space Center.

The collaborative relationship between Khrunichev and Gazprom Space Systems began over 20 years ago. The Proton launch vehicle has been used to launch seven Yamal spacecraft. The first of these launches took place September 6, 1999. Yamal-601, which was delivered to orbit by a Proton vehicle, is the eighth spacecraft in this constellation.

On February 25, 2015, Khrunichev Space Center and Gazprom Space Systems signed a Strategic Partnership Agreement as well as a contract for the use of a Proton vehicle to launch the Yamal-601 communication satellite. This was the fourth contract signed directly between Khrunichev Center and Gazprom Space Systems as part of the collaboration to deploy the Yamal satellite constellation. 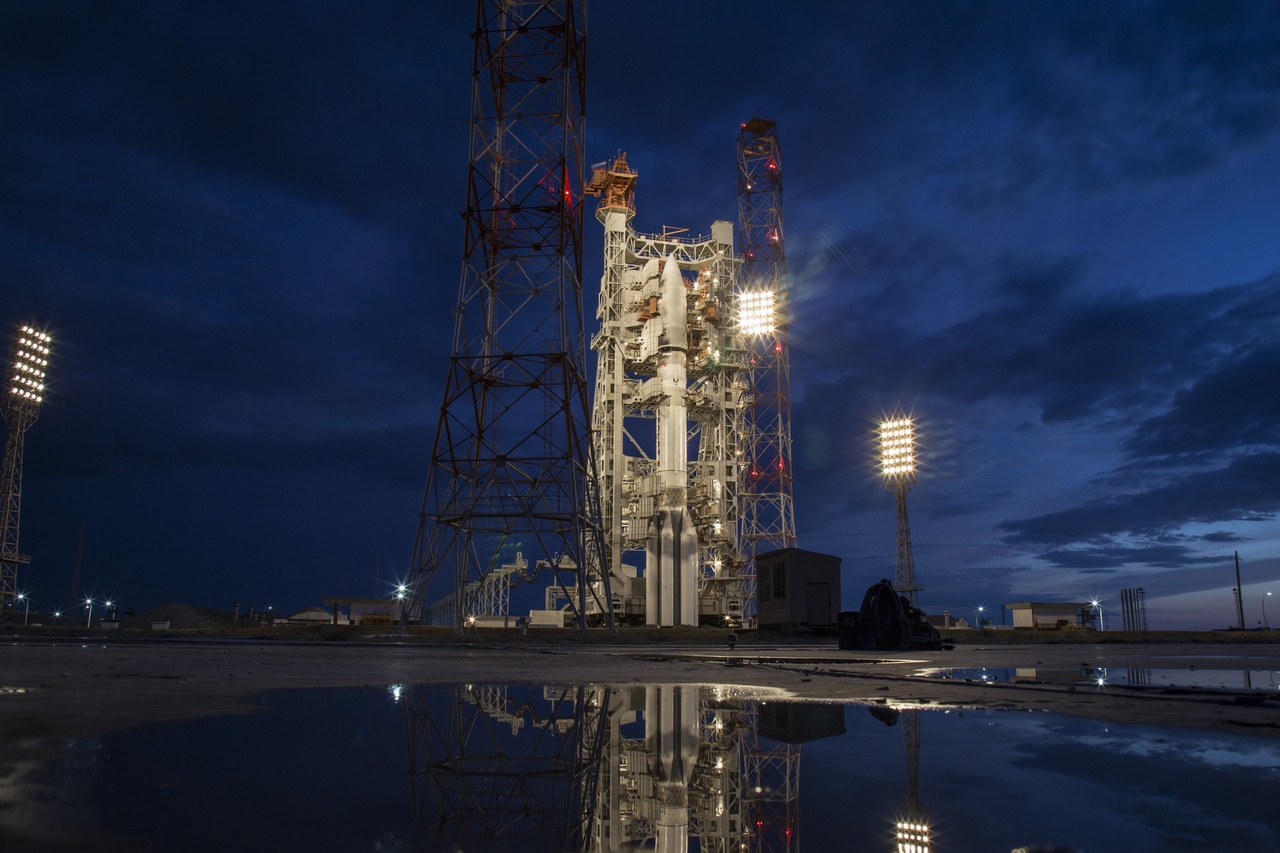 Gazprom Space Systems is a subsidiary of Gazprom which develops and operates telecommunication and geo-information space systems for the Gazprom Group and other consumers. The company created and operates the Yamal satellite communication and broadcasting system as part of a satellite constellation with a wide service area and a comprehensive ground infrastructure. The company is implementing a long-term program, which includes the development of the Yamal satellite communications and broadcasting system, the development of SMOTR, a remote sensing satellite system, and the creation of a spacecraft assembly facility. For more information visit http://www.gazprom-spacesystems.ru/

JSC Khrunichev State Research and Production Space Center (part of ROSKOSMOS State Corporation) develops and manufactures Proton launch vehicles and Breeze upper stages. Since it became operational (in 1965), the Proton launch vehicle has been launched with various upper stages in various configurations 419 times, including the launch of the Yamal- 601 spacecraft.

Since 2001, the upgraded Proton-M rocket, retrofitted with the Breeze M upper stage, has been used to deliver unmanned spacecraft to high-altitude orbits and escape trajectories for Federal and commercial programs. The Yamal-601 spacecraft launch marks the 105th launch in the flight history of the Proton-M launch vehicle.

Over the years of operation, the Proton-M rocket, along with the Breeze M upper stage, has undergone four phases of significant upgrades, which resulted in markedly improved performance and environmental parameters for heavyweight single and dual payload launches. Proton-M is capable of injecting over 6 tons of payload into geostationary transfer orbit. It should be noted that the use of a digital flight control system has significantly improved the environmental safety of the Proton Launch System. According to the results of the long-term (2008-2018) environmental support of Proton launches from the Baikonur Cosmodrome, performed jointly by the Russian and Kazakhstani parties, it was concluded that the manmade environmental impact did not exceed the allowable levels during nominal launches.