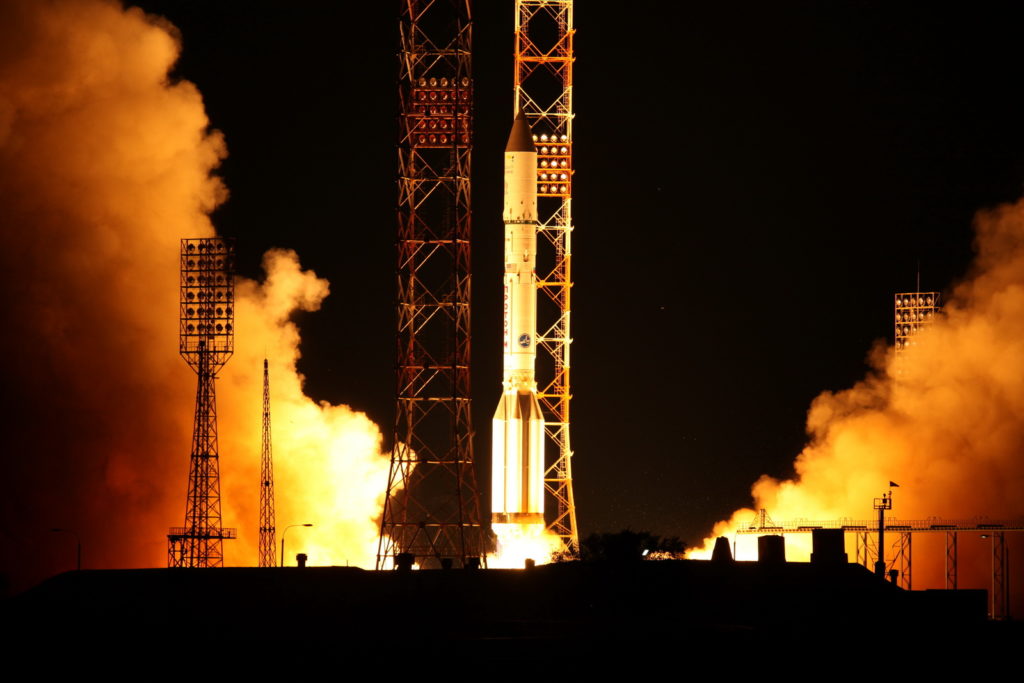 The following press release is from Khrunichev Space Center:

MOSCOW, October 16, 2018 – Alexei Varochko, Director General of Khrunichev Space Center, stated that in 2019 Khrunichev Center might implement up to 10 Proton-M launches as well as an additional test launch of the heavy-lift Angara-A5 launch-vehicle from the Plesetsk Cosmodrome.

“Thanks to the support we received from Roscosmos State Corporation, Khrunichev Center is gradually reaching its scheduled capacity load at both the Moscow and Omsk production facilities. We expect that there will be an increase of heavy-lift vehicle launches in 2019. We have the capability of launching up to 10 Proton vehicles as well as executing one more Angara-A5 test launch,” Varochko said.

Varochko also stated that on September 2018, Polyot Production Association, a Khrunichev Center subsidiary where the serial production of Angara launch-vehicles with varying payload capacities are being developed, has completed manufacturing component units and has delivered them to Moscow for the assembly of the second heavy-lift Angara-A5 launch-vehicle.

The final assembly and testing of the vehicle will take place at the Khrunichev Space and Rocket factory in Moscow. Following assembly and factory testing, the Angara-A5 vehicle will be shipped from Moscow to the Plesetsk Cosmodrome for processing in support of a 2019 launch that is part of the flight test program for this type of launch-vehicle.

The component units manufactured in Omsk are Universal Rocket Modules (URM) used on the first and second stages of the Angara-A5 vehicle. Before being shipped, each module went through a full cycle of scheduled inspections and tests at the Omsk site.  The test article was delivered to TsNIIMash (Roscosmos State Corporations’ leading research institute) for vibration and strength tests in the Fall of 2017, which were successfully completed.  The results of all the tests performed at Polyot and TsNIIMash, were sent for a Factory Procedure Acceptance Review, equipment and instrument development and updating design documentation.  The positive test results verified the readiness of the Polyot plant for serial manufacturing of the URMs.